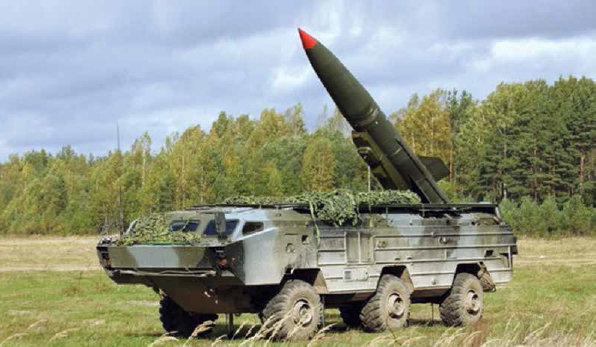 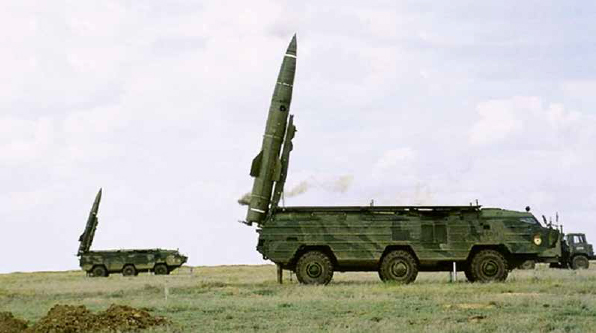 In travel position, the missile (9M79, 9M79F, 9M79K) is placed horizontally on the guide rail in a closed uninhabited compartment of the vehicle. When transferring the launcher into pre-launch position, barrier doors of the uninhabited compartment open and the missile is set into launch position using hydraulic device. In this case, engineering preparation of launch position and meteorological support for missile launch are not required. Terrain survey is performed by launcher crew on their own using survey equipment mounted on the vehicle. The necessary pre-launch preparation equipment of missile guidance system, starting automatics, communication equipment, power supply and life support systems are also placed on the vehicle.

Guiding the missile and input of flight data are carried out using sighting system through the optical system hole located on the missile.

If necessary, in 16-20 minutes after completion of travelling and arrival at the position, the missile is launched to the target, and in 1 min 30 s, the launcher is already able to leave this position to avoid its destruction by response strike.

Sighting and re-sighting of the missile in ± 15° sector is carried out in horizontal position without turning the guide rail or launcher moving. When being on combat duty, sighting as well as performing most of the launch operations, the missile is in horizontal position and its rise begins only 15 seconds before the launch. This ensures high concealment of attack preparation from enemy tracking equipment.

Self-propelled launcher provides:
• Transportation of the missile to the launch site on highways, dirt roads and off-road with overcoming water obstacles afloat;
• Determination of current coordinates of the launcher and coordinates of launch position using 1T28 survey system equipment;
• Pre-launch missile check using ground control and launch equipment 9V390M;
• Missile sighting in azimuth plane using sighting system equipment 9Sh129;
• Calculation of flight task values (upon obtaining target coordinates) using ground control and launch equipment 9V390M;
• Missile launch (without crew leaving the cabin) from the unequipped and unprepared launch position from natural soil, except for swampy and loose terrain with a slope of up to 3° in any direction;
• Missile launch by crew from shelter using a remote control;
• Leaving the launch position in 1 min 30 s after the missile launch.