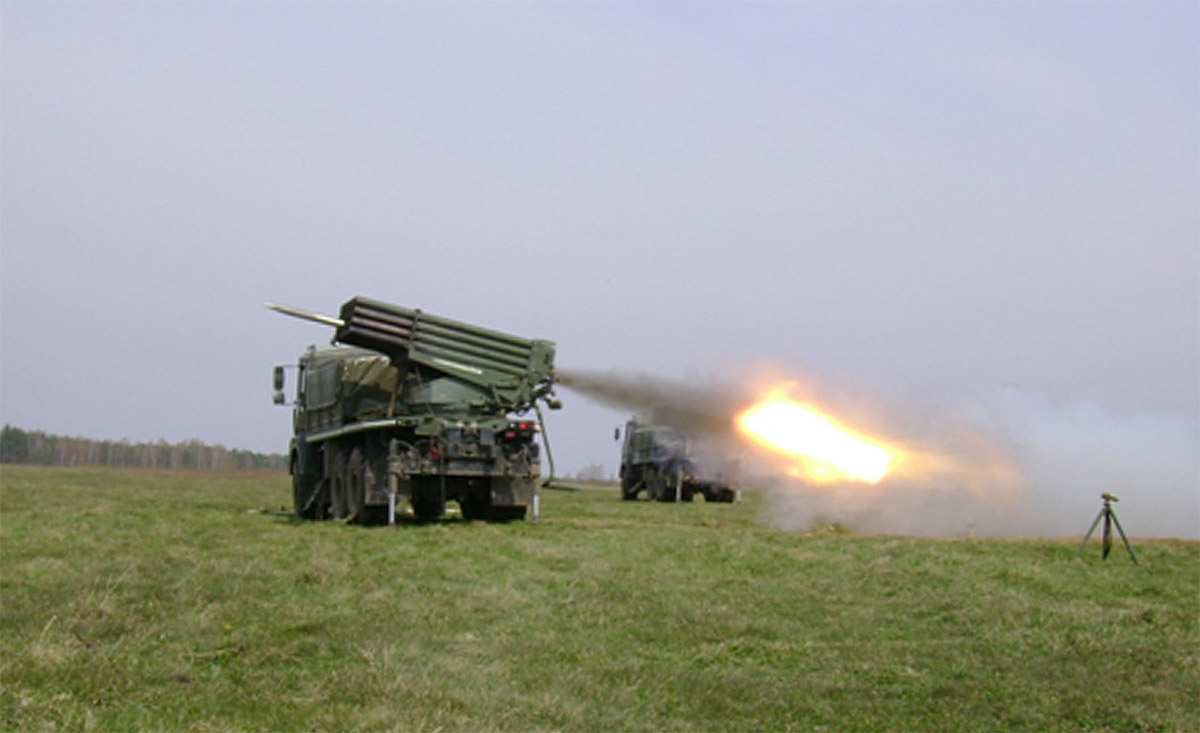 BM-21А “BelGrad” is designed for suppression and elimination of manpower, combat vehicles, armament and command posts located in high concentration areas or within strongholds as well as artillery, rocket and mortar batteries; for destruction of enemy enforcements, strongholds and defensive posts.

The combat vehicle is a self-propelled rocket launcher consisting of a turret and a vehicle chassis. Among peculiarities of the turret of the combat vehicle is its simple structure, reliable operation, high survivability, combat efficiency and low maintenance expenses. Specially designed 6x6 standard vehicle chassis MAZ-631705 is used to mount turret of MLRS BM-21A. It significantly enhances combat capabilities of the system when used in swampy, sandy, hilly and mountainous area.

The combat vehicle is equipped with a set of 9F37 (9F37М) racks intended to store 40 (60) rockets for BM-21A vehicle which allows to reduce the number of transloaders required, heighten maneuverability and reduce combat readine time.