Simulator of the operator of anti-tank missile system “Konkurs” 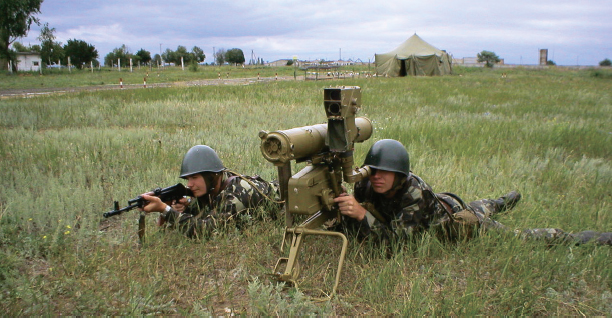 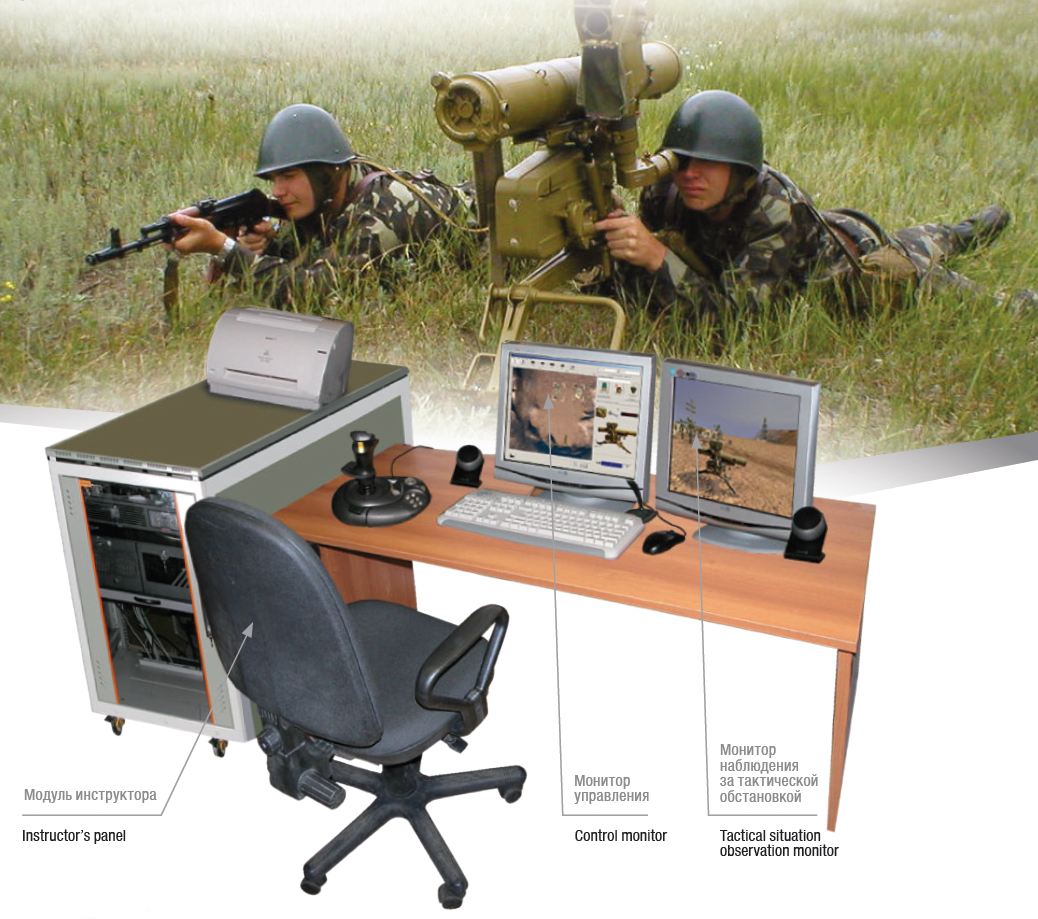 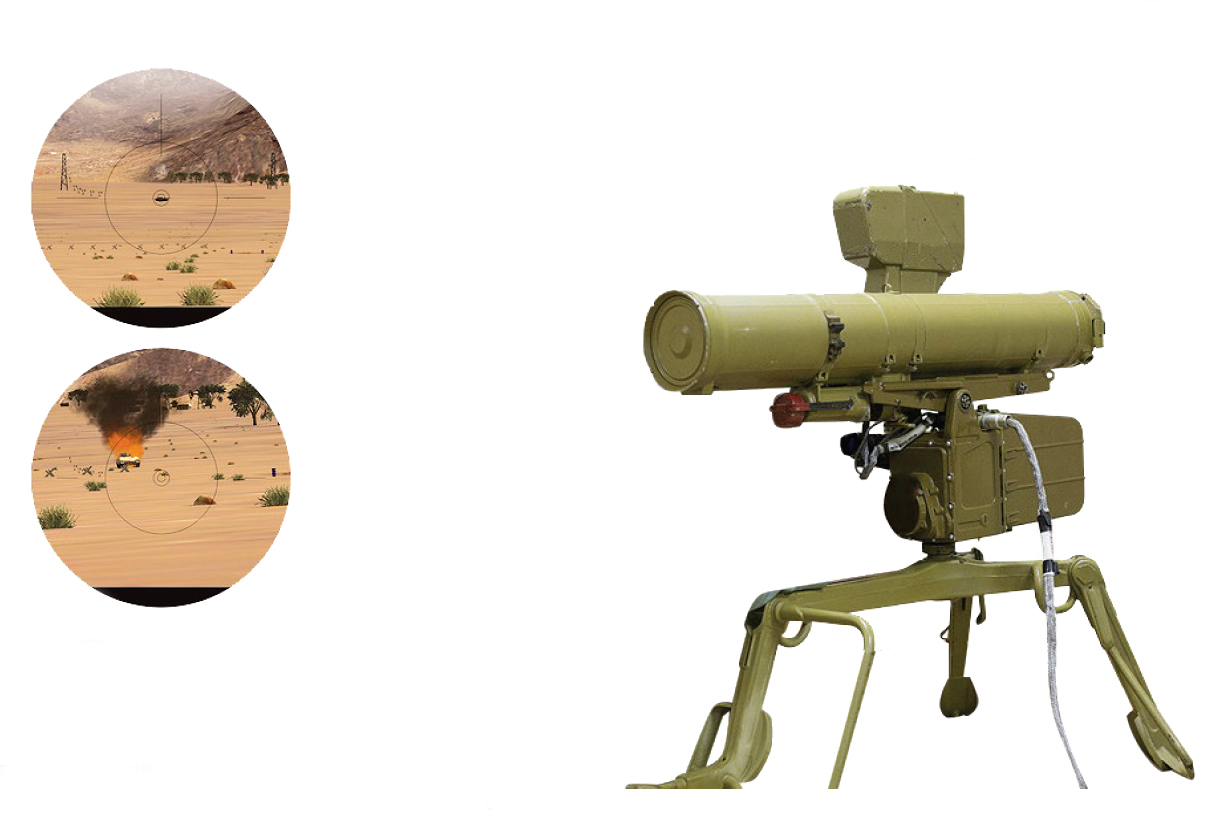 Designation
The simulator is designed for training and mastering of firing skills of the operator of anti-tank missile system (hereinafter- ATMS) Konkurs (Konkurs-M) (hereinafter - simulator) at various locations, in various weather conditions, at day and night time. The simulator provides performance by the operator of the actions which are similar to the actions on real launcher, required for the detection and selection of targets, target tracking and destruction.

Simulator is a training system, which consists of instructor’s module and module of the trainee. The simulator contains computer and electronic equipment for data gathering and processing, creation of acoustic and video signals.

The simulator imitates actions of ATMS operator during preparation for firing and launch of anti-tank guided missile (hereinafter - ATGM). Display, which is built into operator’s sight, constantly displays simulated surrounding with the target, ATGM route after launch and correspondent sighting scales.

Firing results can be printed on the printer which is included into the set of the simulator.

All simulator components have solid and rigid structure, visualization system is protected against dust and wear.

Simulator can be transported by any air and ground transport.

Note:
The simulator can be used in tropical weather conditions.

Operation time:
The simulator may operate not less than 12-16 hours per day, time of interruptible operation not more than 8 hours.