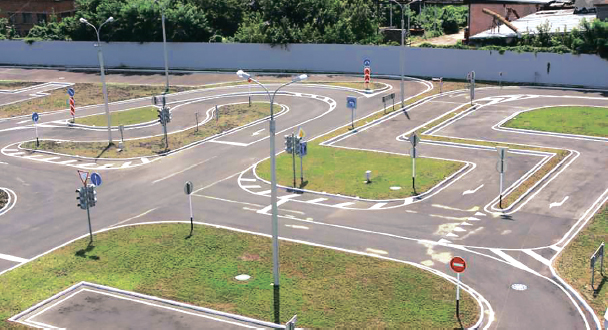 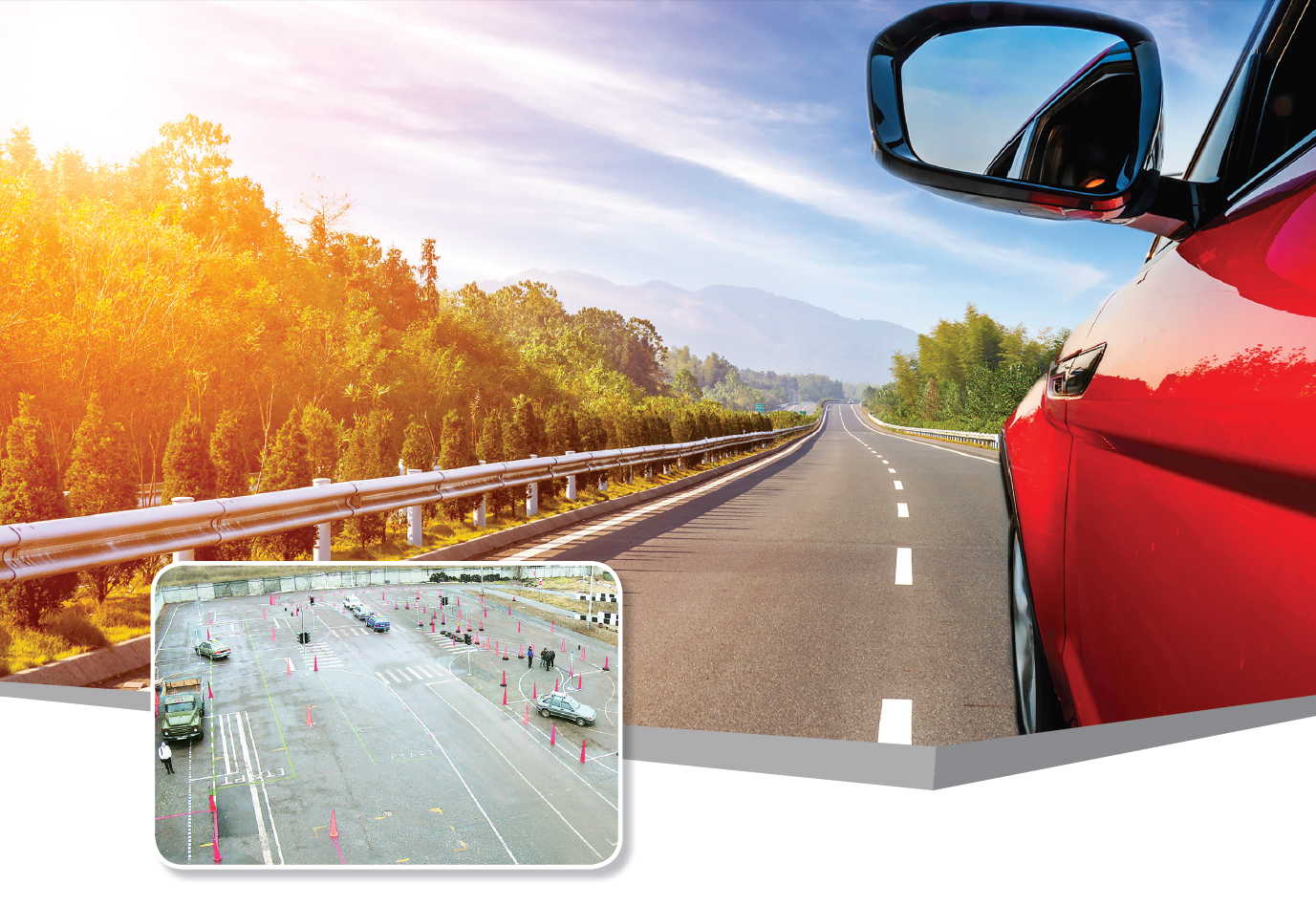 During the exam, it’s crucially important to monitor whether the exercise boundary lines have been touched and crossed.

And this is where the proposed system fundamentally distinguishes itself from the existing counterparts.

The monitoring is performed based on a pre-established electronic scheme of the driver training range, where traffic lanes, boundary lines of exercises and crossroads with traffic lights, out-lines of various buildings and drop-off zones are all marked and defined.

Similarly, a training vehicle is also represented in an electronic form. It’s determined by a projected contour and by contact spots in places where the wheels touch the ground.

The aforementioned data is sufficient enough to perform monitoring.

There’s no need to further equip the venue with any additional devices.

Functionality of the system can be enhanced by adding any number of elements from the specified nomenclature.