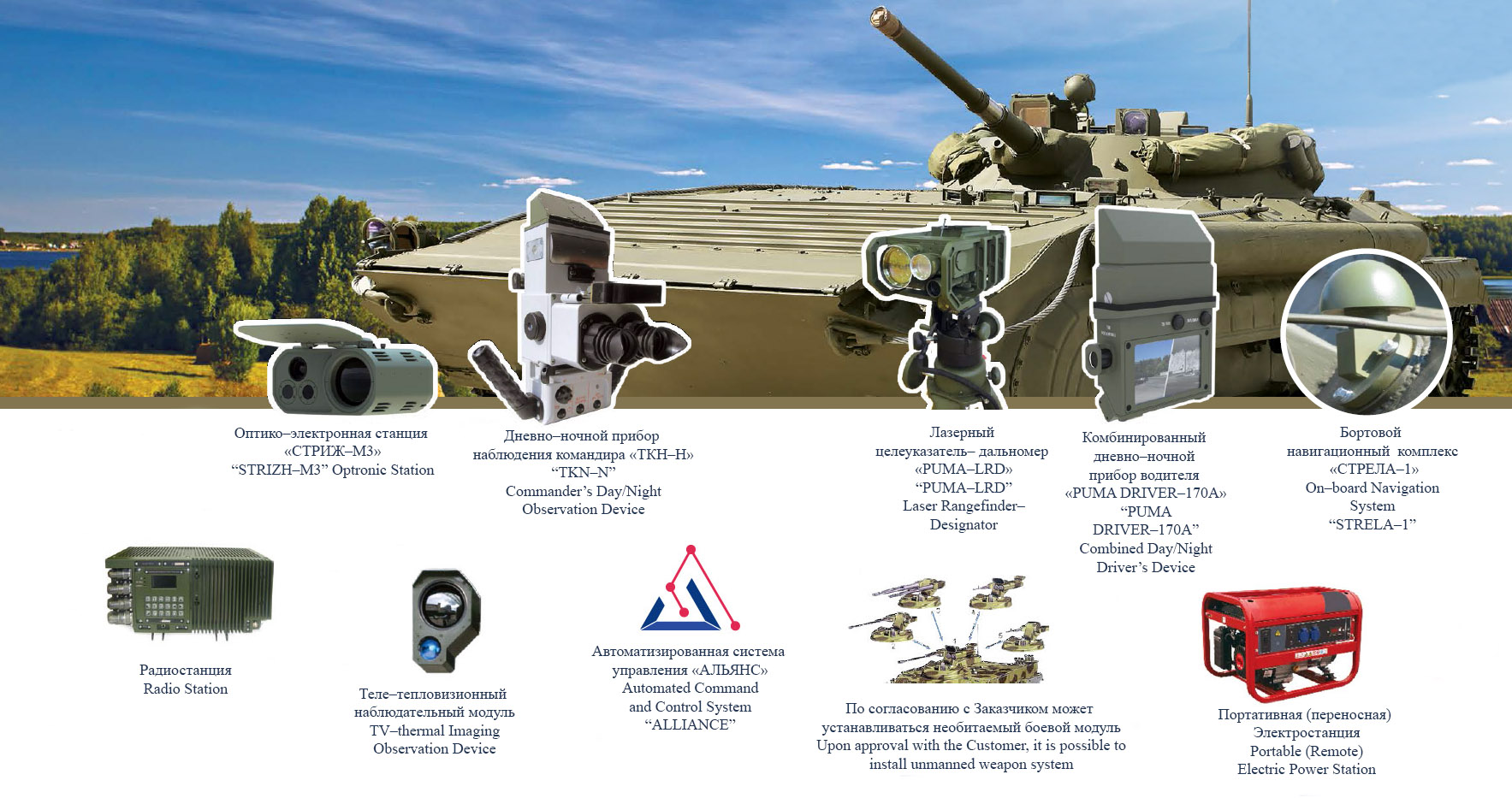 The device is installed into the groove on the TKN standard site without any design modifications.

The system is intended to control reconnaissance units and perform prompt data transfer to a command post.

It is designed to perform day-and-night observation when driving a combat vehicle.

It is designed to perform day-and-night observation when driving a combat vehicle.

Upon approval with the Customer, it is possible to install unmanned weapon system.