Military exercises “Zapad-2021” will be held within September 10 - 16. Lukashenko accepted the head of the Ministry of Defense with a report. 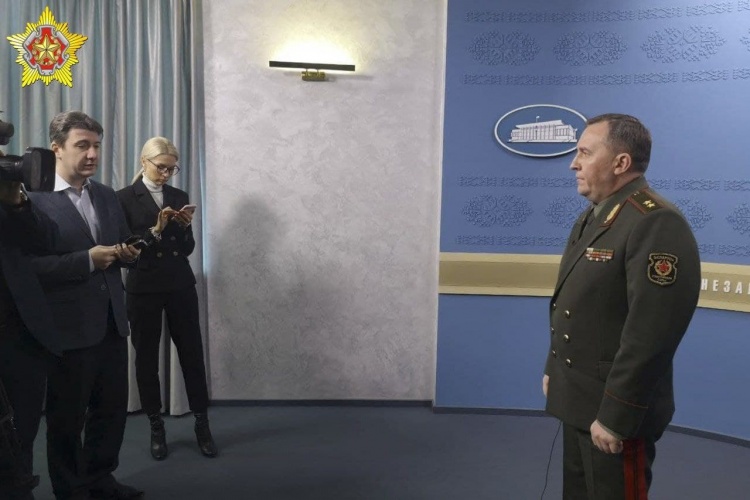 On January 18, Alexander Lukashenko accepted Viktor Khrenin, Minister of Defense, with a report. He was interested in the results of five-year period development of the Army as well as the upcoming Russian-Belarusian exercises “Zapad-2021”. This was reported by the press office of Alexander Lukashenko and the Ministry of Defense.

Lieutenant General Viktor Khrenin, Minister of Defense, reported to Alexander Lukashenko on the idea of “Zapad-2021” joint strategic exercises. It is based on one of the options for a phased escalation of the military-political situation around the hypothetical countries.

As the Russian side suggested, the exercises are planned to be held on the territory of two countries. It will allow to simultaneously practice use of the regional groups of the forces of Belarus and Russia and army operations.

According to what the head of the Ministry of Defense informed the reporters on, joint strategic exercises with Russia will fulfill a number of tasks:

• evaluate the effectiveness of new and upgraded weapons and military equipment;

• borrow the growing combat experience of Russian officers and applying it continue to improve the forms and methods of using the troops.

"Zapad-2021" exercises will be held within seven days – within September 10-16 – headed by the Chiefs of General Staff of the Armed Forces of Belarus and Russia.

The previous “Zapad” Russian-Belarusian military exercises were held in 2017. The maneuvers took place at six training ranges and two areas in Belarus and three training ranges in Russia. Almost 13 thousand military personnel, about 70 aircraft and helicopters, up to 680 units of military equipment, including about 250 tanks, up to 200 guns, multiple launch rocket systems and mortars were involved in the exercises. The representatives from seven countries, including NATO countries, were watching the exercises.