Belarus Created Own Missile for POLONEZ 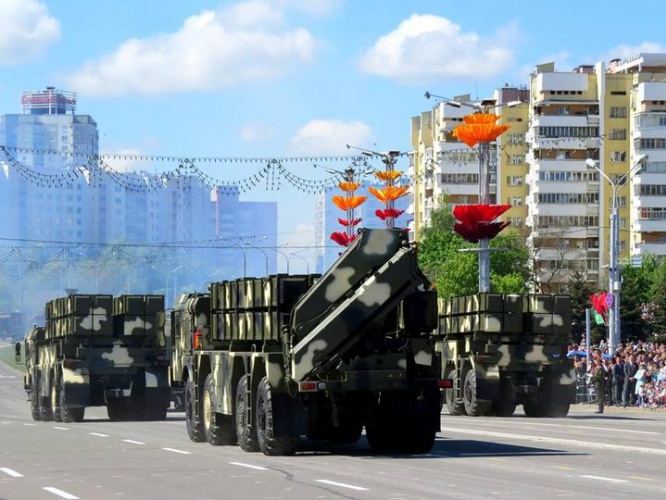 Creation of own missile is one of the main priorities for the State Authority for Military Industry, as Minister Dmitri Pantus declared on air for Belarusian TV channel “ONT”.


— This is the main direction for the State Authority for Military Industry to deal with at present and in the nearest future, next stage of tests will take place in a foreign country. Ground tests were a success and we believe that we will succeed in it all, stated Mr. Pantus.

According to him, in fact, a school of rocketry has been created from scratch during recent years.

— By far not every country can boast that it has an independent design bureau, dealing with the development of the projects of that extent, the Minister said.

Let us remind that in 2016, the Belarusian Army adopted POLONEZ Multiple-Launch Rocket System. The System had been developed together with China. 301-mm missile produced by China has max 300 km range and high explosive & fragmentation, concrete-piercing and other warheads weighing up to 480 kg.

That is why Alexander Lukashenko was willing “to put his signature on a 300-km missile.” As the Ministry of Defense has informed before, firing tests of the Belarusian missile with max 300 km range for POLONEZ System have been scheduled for 2021.