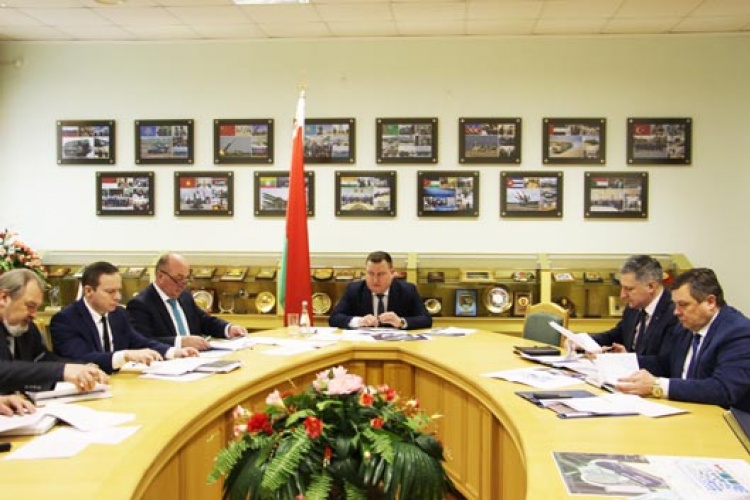 Minister of the State Authority for Military Industry Mr. Dmitry Pantus held a working meeting on the preparation for the 10th International Expo of Military Equipment and Armament “MILEX-2021”.

The focus was given to the progress of implementing a preparation plan for the 10th International Expo of Military Equipment and Armament “MILEX-2021”, making a list of armament samples, military and special equipment, offered to be displayed, as well as to the matters of informational support of preparing and holding the expo.

The officials from the State Authority for Military Industry and the representatives of National Exhibition Centre "BelExpo" took part in the meeting.

In his statement, the 1st Deputy Minister of the State Authority for Military Industry Mr. Igor Demidenko noted that the preparation process is proceeding as planned and there are no ungrounded failures or shifts.

Mr. Igor Demidenko informed the participants about the progress of preparing the main facilities and their readiness for the expo, namely Minsk-Arena Complex, where the exhibions of the expo participants will be displayed within June 23-26 and the main events will take place, as well as the opening and closing ceremonies of MILEX-2021. Mr. Igor Demidenko gave special attention to the tasks that still remain to be solved at the preparation stage.

The expo list was made, consisting of 230 samples of military equipment and armament; 128 of them are new developments to be presented by the companies under the State Authority for Military Industry.

Companies from Serbia, China and Russia approved their participation in the expo. At present, National Exhibition Centre "BelExpo" is negotiating with potential participants from Kazakhstan and Uzbekistan.

Within this military fair, meetings and negotiations are planned between the Minister of State Authority for Military Industry, Minister of Defense of the Republic of Belarus with a number of heads of official delegations from foreign countries.

At present, the lists of the heads of military and defense industry companies from 44 countries are ascertained that have been invited to take part in MILEX-2021 on behalf of the Minister of State Authority for Military Industry and Minister of Defense of the Republic of Belarus.

For information and technical support of the expo, the press service has been formed and starting from April 1, it will start the accreditation of the representatives of national and foreign mass media; as well, the press center will be made.

The official opening ceremony will be broadcasted online on June 23 from Minsk-Arena Complex by TV Company “VoenTV”, Ministry of Defense of the Republic of Belarus.

During the expo, it is planned to issue a daily circular (in Russian and English) that will contain breaking news for the participants and guests of the expo.

During the meeting, special attention was given to the matters of arranging different types of support at MILEX-2021.

Minister of the State Authority for Military Industry Mr. Dmitry Pantus set an objective to approve safety measures in connection with COVID-19 with the Ministry of Health before the end of March, as well as to intensify the work on maximum possible display of the samples of military equipment and armament, using the capabilities of the military authority.

According to the Minister, this anniversary expo may become the biggest in the history of Minsk military fairs and there is high potential for this.

Mr. Dmitry Pantus highlighted high degree of responsibility of all parties interested in high-quality preparation and holding of the event, not only because this is a brand of the defense industry, but also a good possibility to intensify military-technical cooperation and productive negotiations with traditional and perspective partners in the conditions of political and economic turbulence in foreign countries, related to COVID-19. 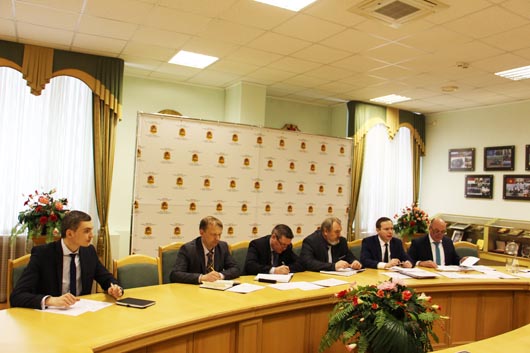 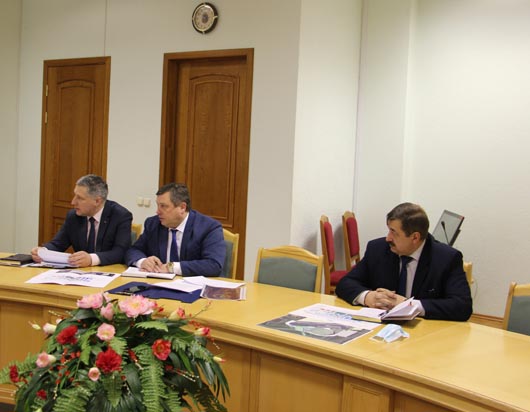