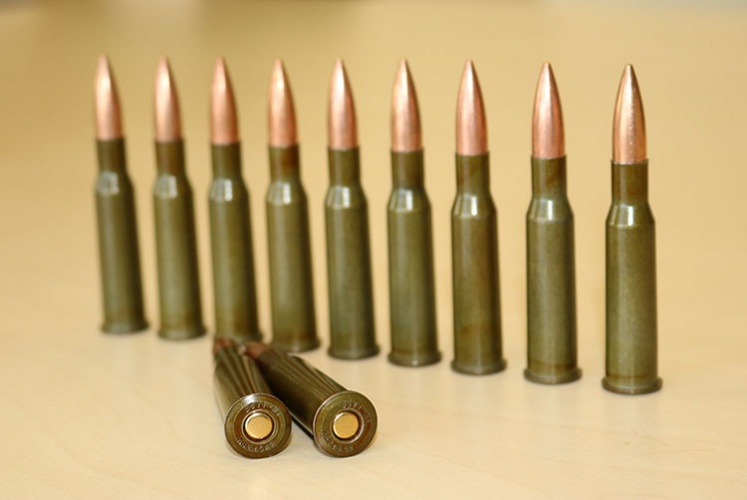 In the State Defense Plan and Concept of Construction and Development of the Armed Forces until 2030 that the President has approved recently, one of the key components of military security is the possession of modern weapons and combat arms. Naturally, the Belarusian defense industries do systematic work for this purpose. This is good encouragement for newcomers, namely ammunition manufacturer in Orsha area that was under construction two years ago and recently has produced and dispatched the first batch of ammunition. The construction of the site continues under the authority of “BSVT – New Technologies”, which is an affiliated company of SFTUE “Belspetsvneshtechnika”. Our correspondent met and interviewed Mr. Alexey Skraga, the Director General of SFTUE “Belspetsvneshtechnika”.

— Mr. Skraga, the establishment of national ammunition manufacturers is a challenge for many countries worldwide. Therefore, many countries prefer importing these products rather than making them on their own. Please tell us, why do we need such a venture?

— The establishment of an ammunition manufacturer is firstly the matter of safeguarding the national security. Imagine what will happen, if, let us say, tomorrow the country runs out of ammunition and no one wants to sell if to us. Such a case has already happened with sports ammunition for Belarusian biathlonists. That is why the head of the state has set the goal to the defense industries to establish the production of ammunition, among other tasks. This is firstly to satisfy the needs of our national Armed Forces, while some part of ammunition will be exported.

— As we understand, Orsha area by far is not a random choice?

— We have taken a comprehensive approach to select the ground for the manufacturer. A base near Ustye village in Orsha area that our Armed Forces have not used for a long time meets all the parameters of production safety and security applicable not only to cartridges, but as well to small arms, rockets, ammunition, and other products of military and dual purpose. A very important factor determining this choice was that there are many specialists in local towns and villages that have been working with ammunition storage and maintenance for decades, thus, we do not have to train them from scratch. The key role played the Program of Orsha Area Development until 2023, approved by Decree No. 506. Now 150 persons are working at the company. This is just the beginning, the number of workplaces will be increasing. Therefore, the ammunition production is as well our input to the implementation of the abovementioned program, together with the development of Orsha Aircraft Repair Plant.

“We can fully satisfy our needs”

— How this company will look like? What are its design capabilities and what profit do you plan to receive, if it’s not a secret?

— In a nutshell, the company has already become a complex facility. These are places to store the components, and the system of their delivery and provision to the place of production, production as such, packing and accounting, lab tests and storage of ready products. Speaking about the technologies and equipment, for sure, everything is most advanced here. You understand that there's no sense in investing into things of the past.

The same is with other equipment. We have selected the best that exists in this sphere. For instance, the productivity of one type of machines is 2400 cartridges per hour, other type — 3550. In total, there’s a little more than ten machines. It is not hard to calculate the production output that the company can reach.

It is not that hard to increase the capabilities, as the facilities and equipment allow doing this in a matter of days. The main task is to satisfy the ammunition needs of the Belarusian Army, but currency earnings to the state are very important too.

— Already done. The first batches of cartridges have just been made for export and already supplied to a customer. These are sports and hunting cartridges cal. 7.62х54, 7.62х39 and 9х19. The purchaser is contented. Next large batch is expecting shipment. Even more: foreign delegations visit us practically every week, look at our cartridges and many order them. I’ll not go into details, but we already have orders for years to come. We’ll extend the range of these products for some particular customer, if such an opportunity comes.

Shortly, we can fully satisfy our needs in cartridges in all directions — sports, hunting for rifled guns, combat and construction, if that is required. For sure, we’ll try to extend the geography of our foreign supplies.

— What will be the difference of Belarusian cartridge from other?

— The ammunition that we produce complies with the world standards, but due to different factors, it is considerably cheaper for national consumption and is more appealing to foreign purchasers.

— Where are you going to supply the ammunition?

— I can tell you certainly that the cartridges will be supplied in strict compliance with the international rules of trading in military and dual-purpose goods that our country has joined. By the way, the first batch of more than five million units has come to one of European countries.

— Before exporting the ammunition, one needs to certify them. What about this issue?

— Mr. Skraga, a cartridge is brass, powder, lead etc. We don’t have any of this. Where do you plan to take raw materials and how are you going to address the issue of import substitution?

— Today we purchase the components in Russia from the manufacturers well known worldwide. These components are of high quality and the products made from them are appreciated all over the world. Sure, we face the issue of import substitution. We are thinking about this. The plans are to establish the production of cellulose nitrate in the nearest future. We are studying, if it is feasible to build a powder plant. Again, metal industry is quite developed in our country. As we have eight diversified enterprises of metal industry, thus, I suppose that it is not that hard to resolve the issue of producing a shell, bullet and other metal components of a cartridge. The question is whether this is economically reasonable.

— Practice shows that the production of cartridges does not bring high profit. What other businesses you count on so that the company could benefit?

— In a present-day market, including the market of armament and dual-purpose goods, succeeds not the one who makes what he can or what his production capabilities allow, but the one who makes something that is in demand today and even better if it’s in demand tomorrow. Very important is to use received equipment and facilities rationally, repair them, restore, and upgrade.

I’ll give you an example regarding the industrial facility, where the production of cartridges is located now. Before that, this facility was used to store R-27 missiles with finished service life and subject to utilization. After our specialists had examined these items carefully, they offered to repair the missiles. And in result, we delivered more than a hundred refurbished and operational missiles to the Armed Forces. Now, one such missile costs about USD 900,000.00 in the world market. Saving money for the state is obvious. This is not a one-time order, as there’s a lot of reserve of these missiles and similar ones in the country, which we can repair and even upgrade and they are in demand on the market. This is one of very effective directions, as you put it, beneficial for the company.

We are working efficiently on promoting the modern products of the defense industries in the world market. Today these are acknowledged and needed electronic warfare systems, including counter-UAV systems, communication and control systems, optical systems, robotized systems, different multiple launch rocket systems and ammunition for them, overhaul, maintenance and upgrade of aircraft. The list of works and services of our company with the products of military and dual purpose is quite considerable.

Surely, we do take part actively in the development and production establishment of new systems. Besides small arms and ammunition that the employees of our company have created, other systems and equipment are in demand both with the Belarusian Army and on foreign market.

Everywhere, military forces adopt digital technologies and we do not fall behind the demands of times. For instance, “Alliance” C4I System allows displaying miscellaneous parameters over a digital terrain map in real time, such as the data about own location, friendly forces, detected and tracked targets. Every commanding officer and superior command have full situational awareness about the tactical situation that allows most effective command over subordinated troops in real time. According to customer’s request, the system can be applied in any military and security services, because it can be integrated flexibly in existing environment. 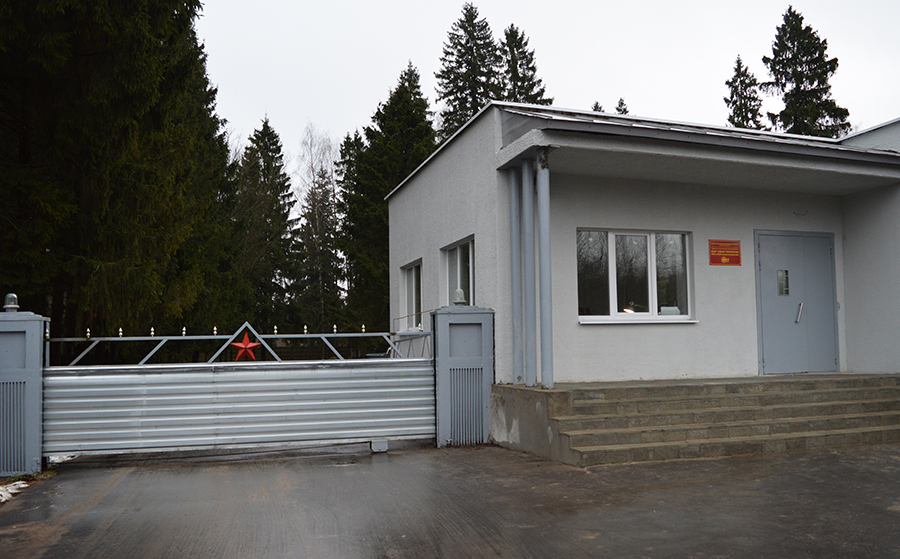 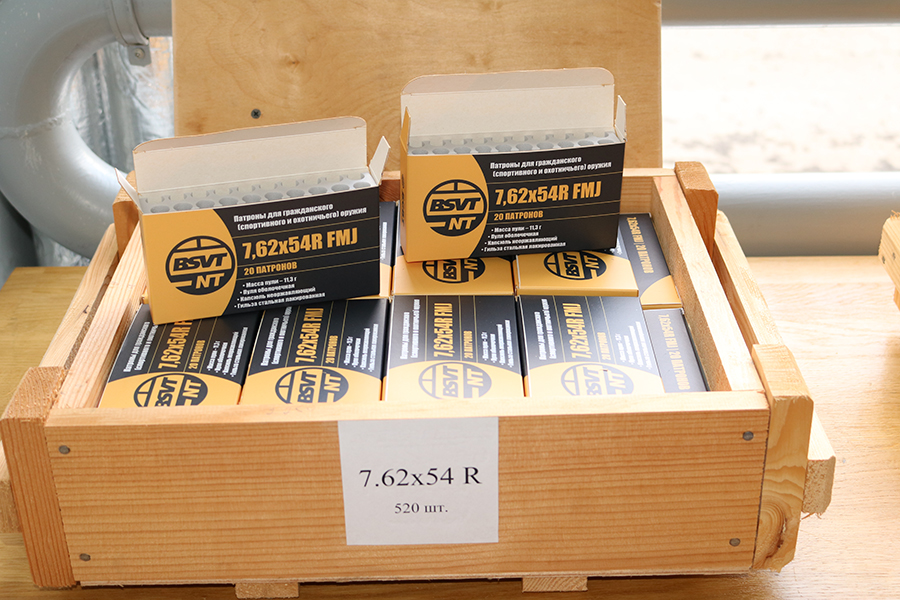 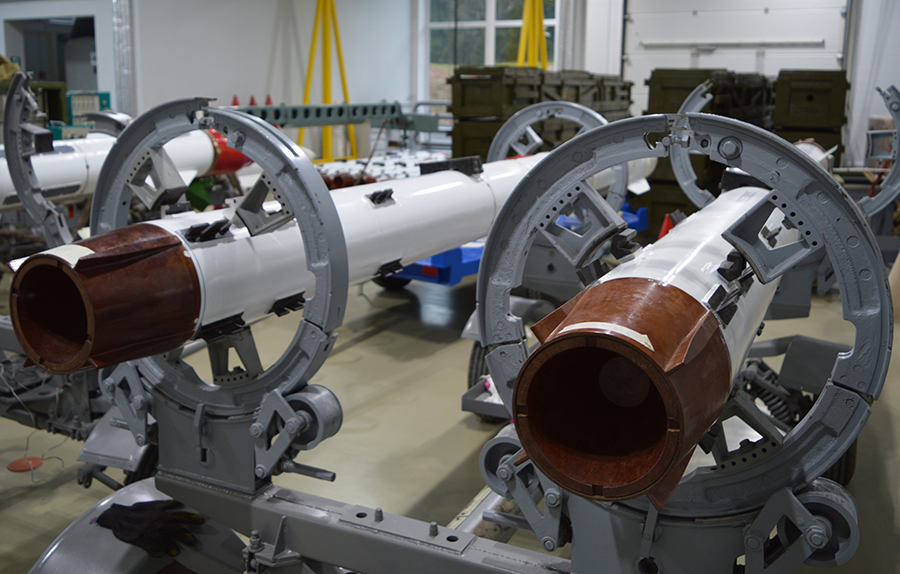 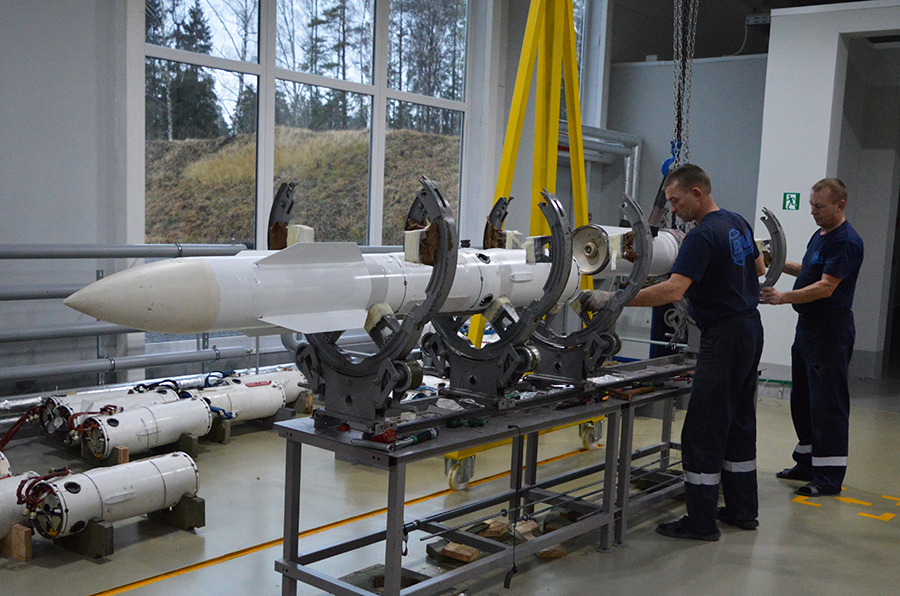 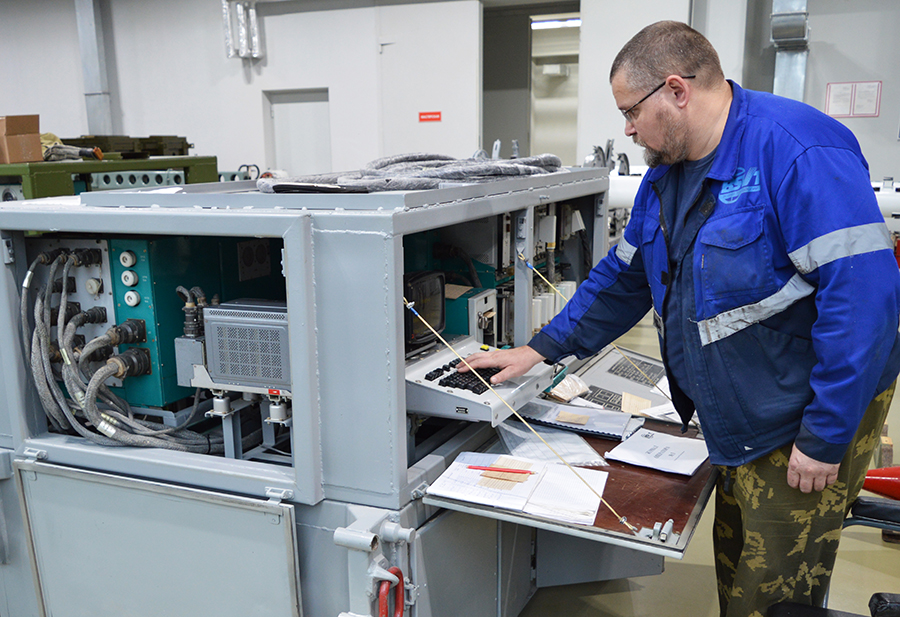 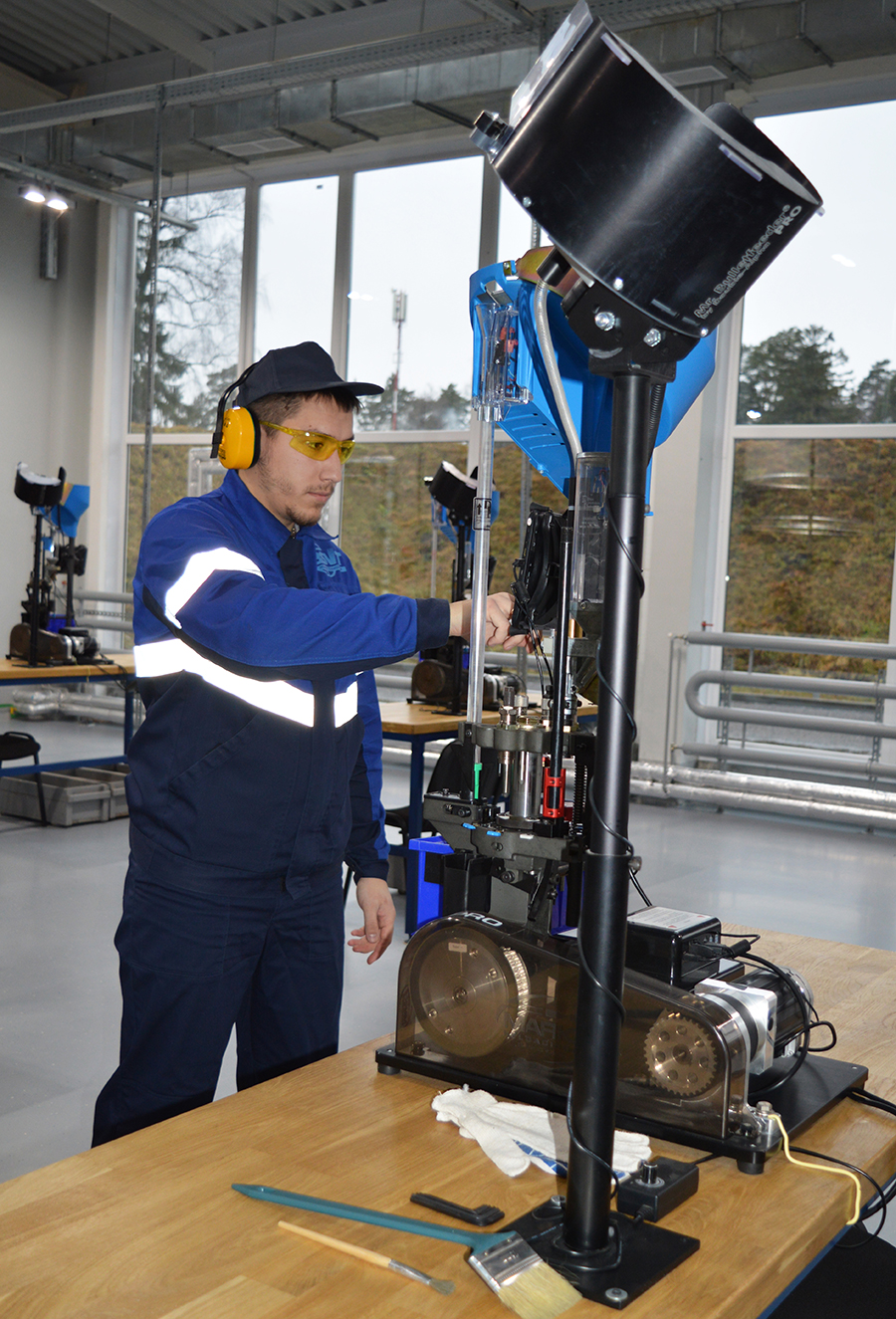