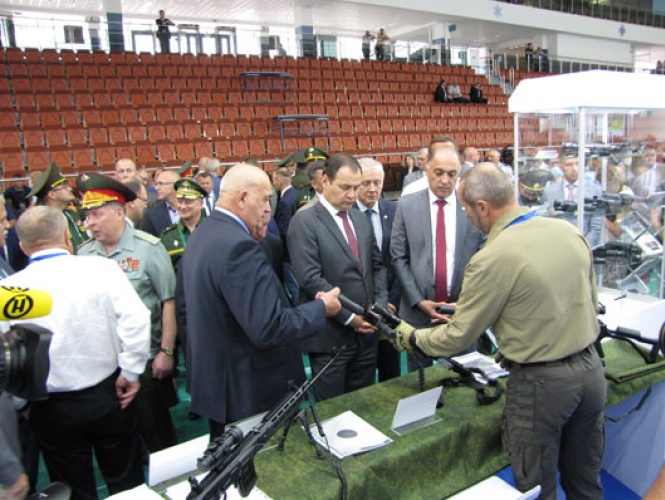 During the 10th International Exhibition of Arms and Military Machinery MILEX-2021 a wide range of Belarusian made small arms and ammunition was demonstrated at the booth of SFTUE “BELSPETSVNESHTECHNIKA”.

Among the presented samples there was a range of automatic weapons of various calibres, including 7.62 mm VSK-100 assault rifle adopted by the Belarusian Army, as well as semi-automatic sniper rifle SCR-1200 designed on the basis of the well-known SWD rifle, sniper rifle SW.01, smooth-bore hunting rifles and pistols, ammunition for domestic and foreign civil and service weapons.

Exhibitors and visitors paid a special attention and expressed their major interest to the upgraded version of VSK-100BP rifle in its bullpup design – SMAR-100BPM. The weapon is notable not only for its improved composition and futuristic design, but also for its more enhanced mechanical sights, unique and unprecedented suppressor (silencer), perfect weight distribution, trigger mechanism upgraded design, as well as for high grouping and weapon accuracy.

The new design increased the height of the gun enabling installation of new, fold back mechanical sights, which can be used separately or together with optical or collimator sights. The assault rifle itself became a little longer, which significantly affected and improved its balancing. Now one can hold the gun with one hand, while high-accuracy shooting. At the same time, it is worth mentioning that the weight of the gun has not changed.

The innovative feature is its bullpup design that makes it easy to change a magazine. Now it is possible to mount a bipod arm on the rifle as well.

In addition, SMAR-100BPM assault rifle is equipped with a new device (suppressor) for low-noise and flameless firing. The unique feature of this silencer is that it provides not only a dispersed exhaust of powder gases after shooting, but also significantly reduces the weapon recoil when shooting.

Link to the video on YouTube-channel of the State Authority for Military Industry of the Republic of Belarus: https://www.youtube.com/watch?v=qw_9wNGCuuI&t=15s 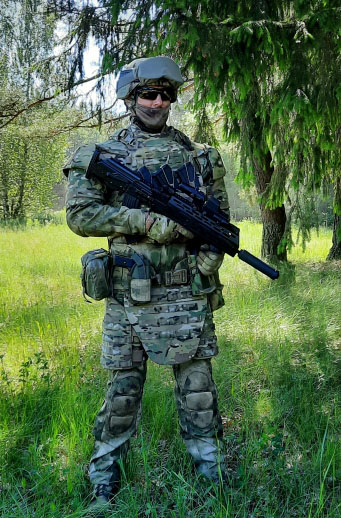 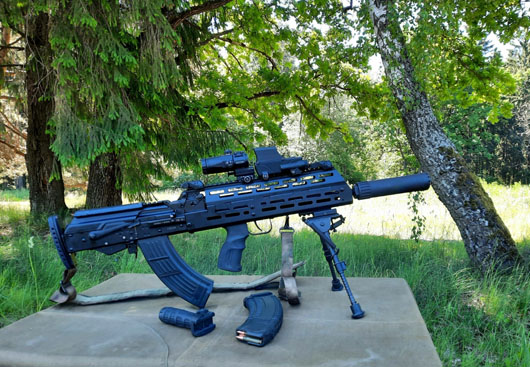