«We spread our wings»: General Director of Orsha Aircraft Repair Plant — about implementation of Presidential orders to stabilize the economic situation of the enterprise 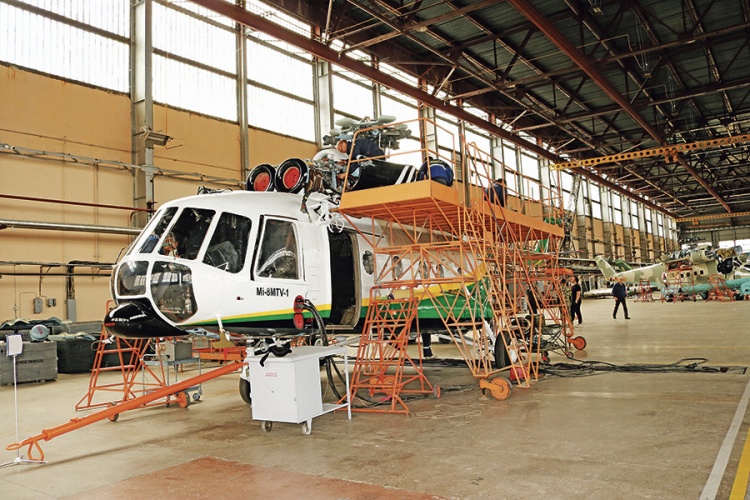 During the recent meeting with Roman Golovchenko, Chairman of the State Authority for Military Industry, Alexander Lukashenko particularly focused on the economic situation at the Orsha Aircraft Repair Plant. Last year, during Presidential visit to the enterprise, the situation was very difficult. The plant was on the verge of bankruptcy, witnessing collective resignation of employees. After the visit, the President ordered to deal with this issue. New owners of the plant had to start almost everything from scratch: return resigned employees and convince those, who were ready to leave, that the enterprise wouldn’t be closed. Despite great troubles, they have managed to turn the tide. We spoke with Pavel Sluchak, General Director of the plant, about changes at the enterprise and its plans for the future.

«Our main troubles are over»

— Pavel, what are the most significant changes after the visit of the President to the plant?
— Firstly, we became a state-owned enterprise under the aegis of the State Authority for Military Industry. Secondly, a new business plan was developed. For example, the growth of the production volume during 7-month period accounted for 208.1%, export growth — 200.9%, income growth rate increased by 270,5% which amounts to 64,79 thousands of rubles per employee. Average salary increased by 2—3 times.

Moreover, our plant returned to steady levels of profitability for the first time in many years. During the first seven months of this year, our income amounted to 1.19 mln rubles as compared with more than 2 mln rubles of losses during the same period last year. Sure, as in any production entity, we face some minor problems, but they are solved in due course. I think that our main troubles are over.

— What are the grounds of your confidence?

— Above all, the improving situation at the enterprise speaks for itself. Orsha Aircraft Repair Plant is spreading its wings again. It is not just a beautiful saying, that’s what it is in reality. This is clearly reflected in recent economic indicators, social situation and people’s feelings. However, more important, in my opinion, is that we have defined our foremost priorities and clearly understand in which direction we shall move in the future. At present, we are focused on modernization and upgrade of our production base, because some of its components are outdated. In the next two years, we will carry out a full-scale reconstruction of the plant. Now we are completing design works for building of a new unified workshop for performance of the main production procedures: mechanical works, repair of helicopter parts and systems, armament and electronic equipment. We are carrying out stage-by-stage replacement of process equipment for aircraft repair with more modern and high-productive systems. This new equipment allows us to repair the most sophisticated aggregates and items as well as to enhance reliability and increase lifespan of repaired helicopters.

— How did the change of ownership affect the work of the enterprise?

— In the most positive way. Previous owners sold 100% of our shares and transferred them to SFTUE “Belspetsvneshtechnika”. This enterprise has signed contracts for many export orders that are now being implemented by our plant. Frankly speaking, our new owner makes a great contribution to development of our plant. Taking into account a vast experience of “Belspetsvneshtechnika” in international arms trade, its efforts cannot be overestimated.


— During the recent international airspace exhibition in Zhukovski (Russia), your enterprise together with Baranovichi Aircraft Repair Plant and Russian company “Technodinamika” have signed a trilateral cooperation agreement. Which projects are you going to implement under this agreement?

— It is important to note that our plant has been cooperating with “Technodinamika” for many years, and now we just formalized this partnership. “Technodinamika” is one of the leading Russian enterprises in our field. Actually, it is a large holding that incorporates several dozens of enterprises. “Technodinamika” has gained a very good reputation among many well-known companies. Before the agreement, they were constantly inviting us to participate in tenders and to work in markets, where we cannot establish a foothold by our own. Now, after signing this trilateral agreement, we will jointly perform repair and upgrade of helicopters. This collaboration will allow us to increase our own production volumes by means of “Technodinamika” orders. They will also engage our specialists for after-sale maintenance of helicopters. I’m sure that our partnership has a strong potential.

— What is the workload of the plant today? How the plant is expanding the geography of its orders? What are the perspectives for conclusion of new contracts in the near future?

— The plant works in two shifts five days a week. This year we have already repaired five helicopters, another eight helicopters will fly until the end of the year. Today we are repairing helicopters that are operated by six customers — one domestic and five foreign. We are working with Caucasus region, Central Asia, South America and Africa. Good prospects are also discernible for the next year. Portfolio of orders has been formed by more than half.

— It is evident that the plant will require new cadres. Where are you going to find them?


— I shall add that first of all we’re looking for young specialists. We rely on their brainpower and energy for successful implementation of our newly emerged prospects. We create all the conditions necessary for their efficient work: opportunity of rapid career advance and housing, decent salary and good social package. Now we are witnessing the influx of young professionals: every fourth employee of the plant is not older than 31 years. 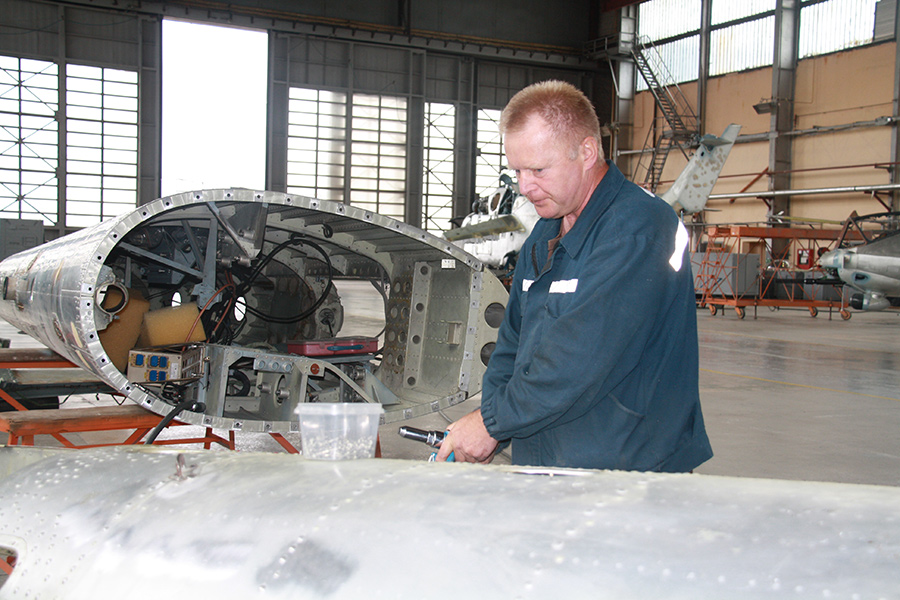 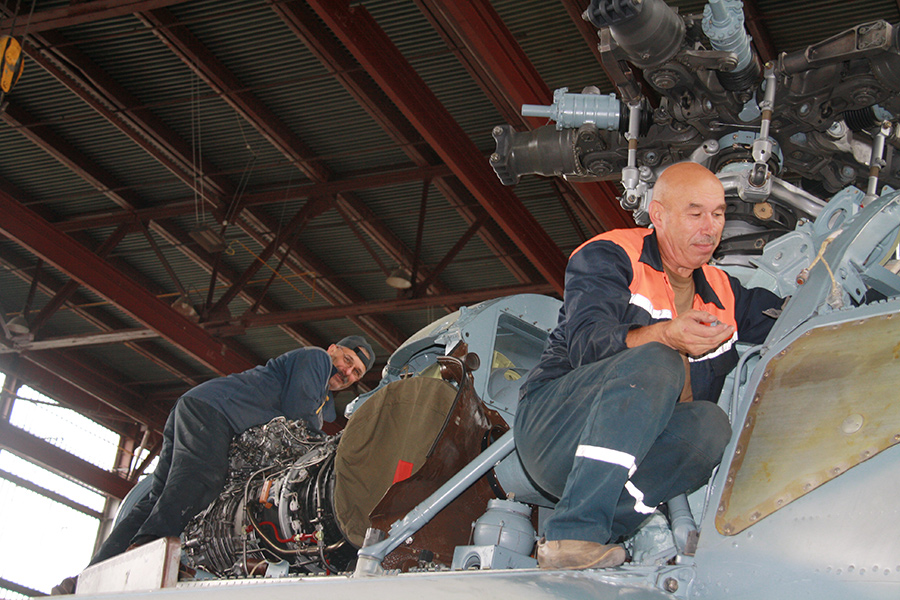