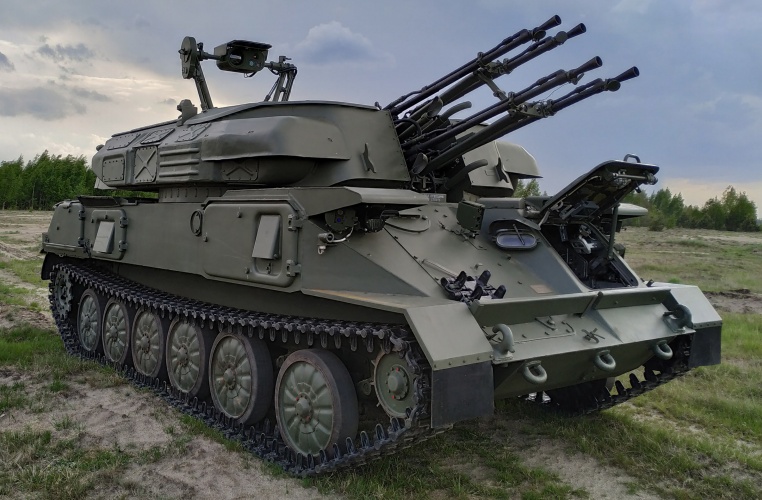 ZSU-23-4BМ SHILKA upgraded self-propelled anti-aircraft gun is designed for killing low-flying targets (distance: up to 2500 m, altitude: up to 1500 m, flying speed: up to 300 m/s). It is an effective counter-UAV weapon, which has 3 firing modes: stationary, during short stop and on the move.

2. System for automation of combat tasks, consisting of automated workstations for the commander, gunner and range operator, working in a unified network.

4. Air conditioner in the turret.

6. PUMA DRIVER-SOFIA optronic system for observation of the surroundings by the driver.

7. SHILKA emergency operation mode (up to 15 min.) using GM-575 batteries, including operation of the drives and the gun.

8. Modification of 2E2 drive for operation using DC network only.

- search, lock-on and automatic tracking of a target by angular coordinates;

- search, lock-on and automatic tracking of a target based on a designation received from the superior CP;

- target search based on a designation received from the commander’s AWS;

- target search within a selected sector;

- 360° target search with constant speed at a selected elevation angle;

- passive estimation of a distance to a tracked target;

- display of the environment and service data. 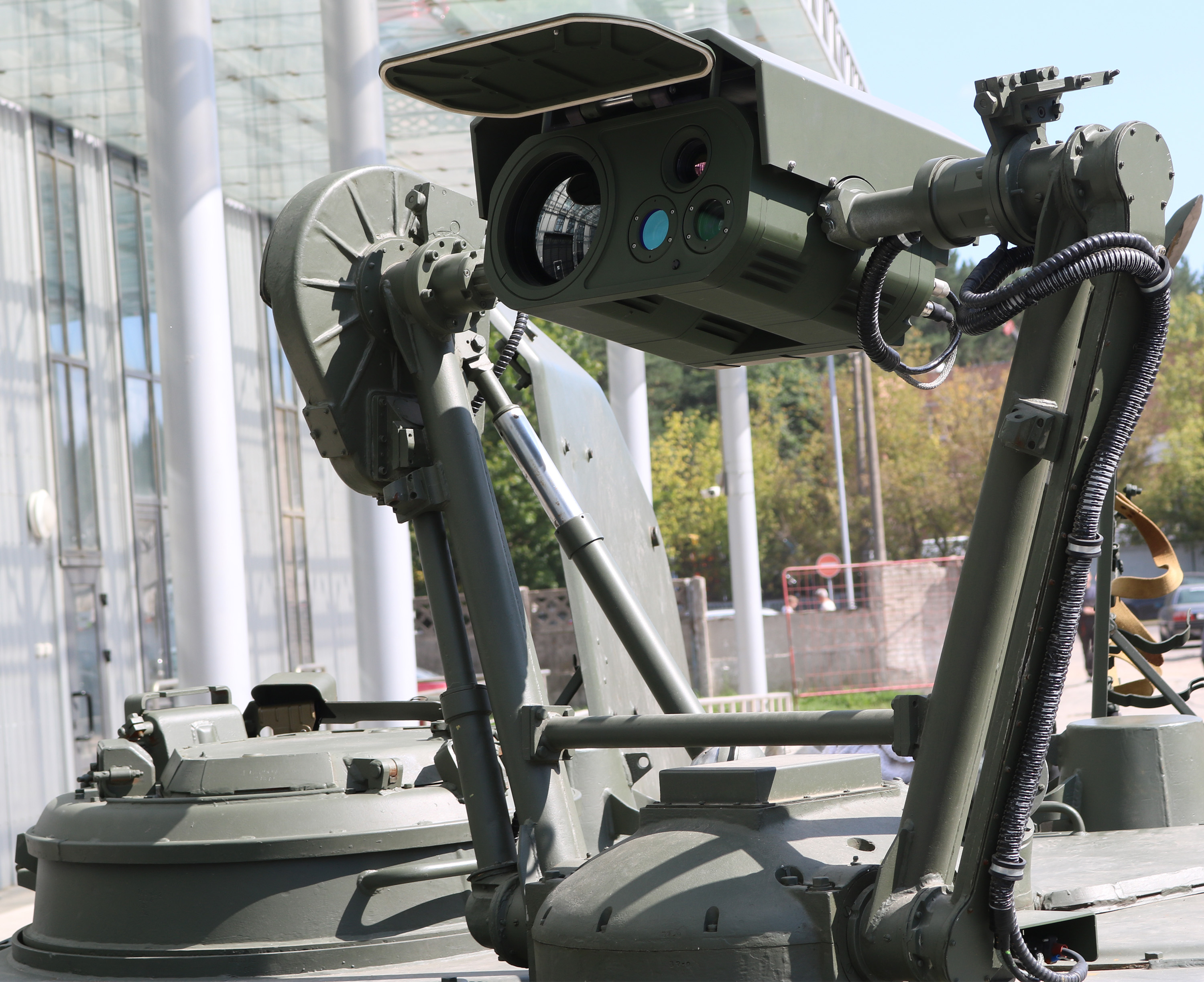 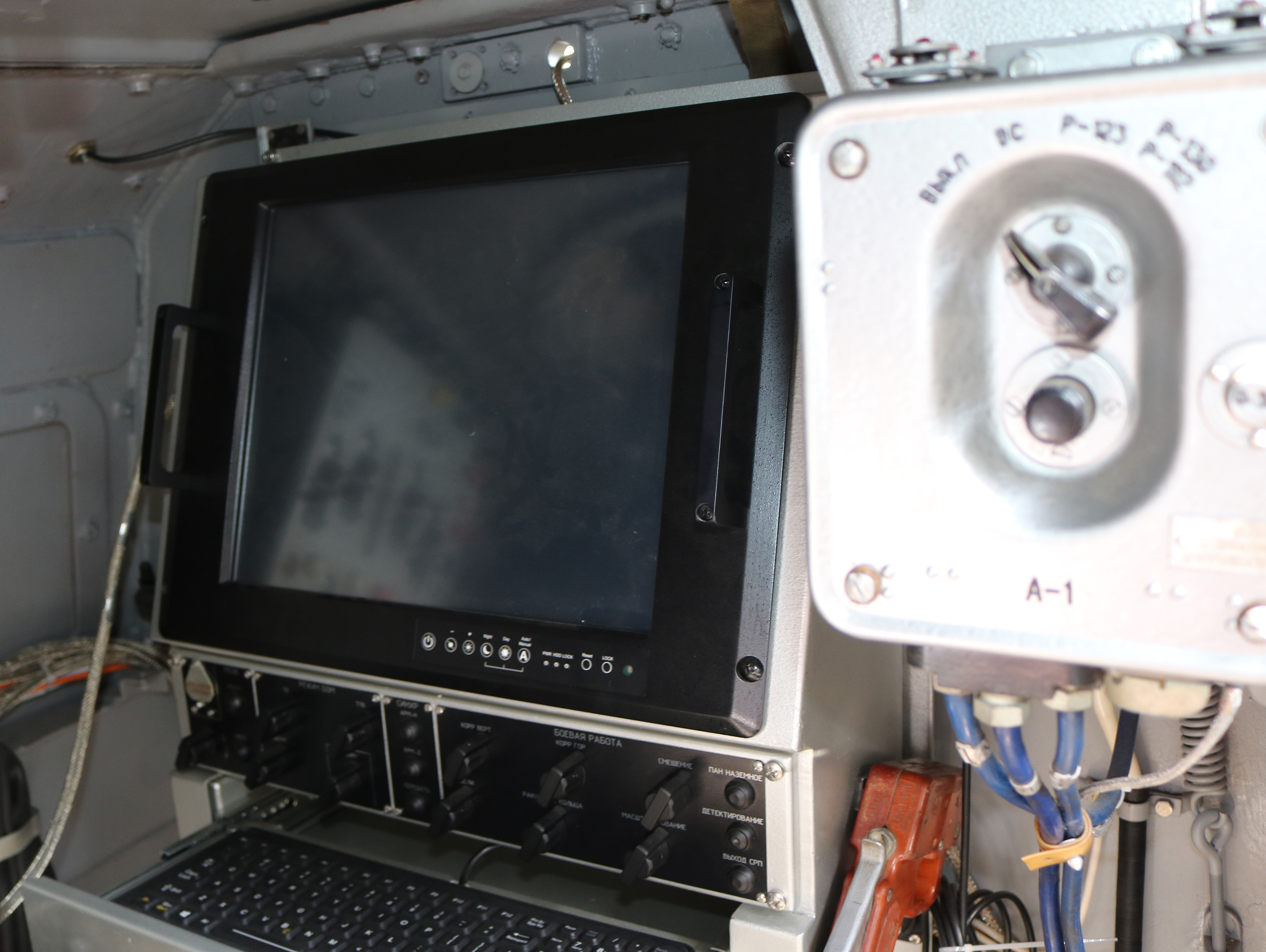 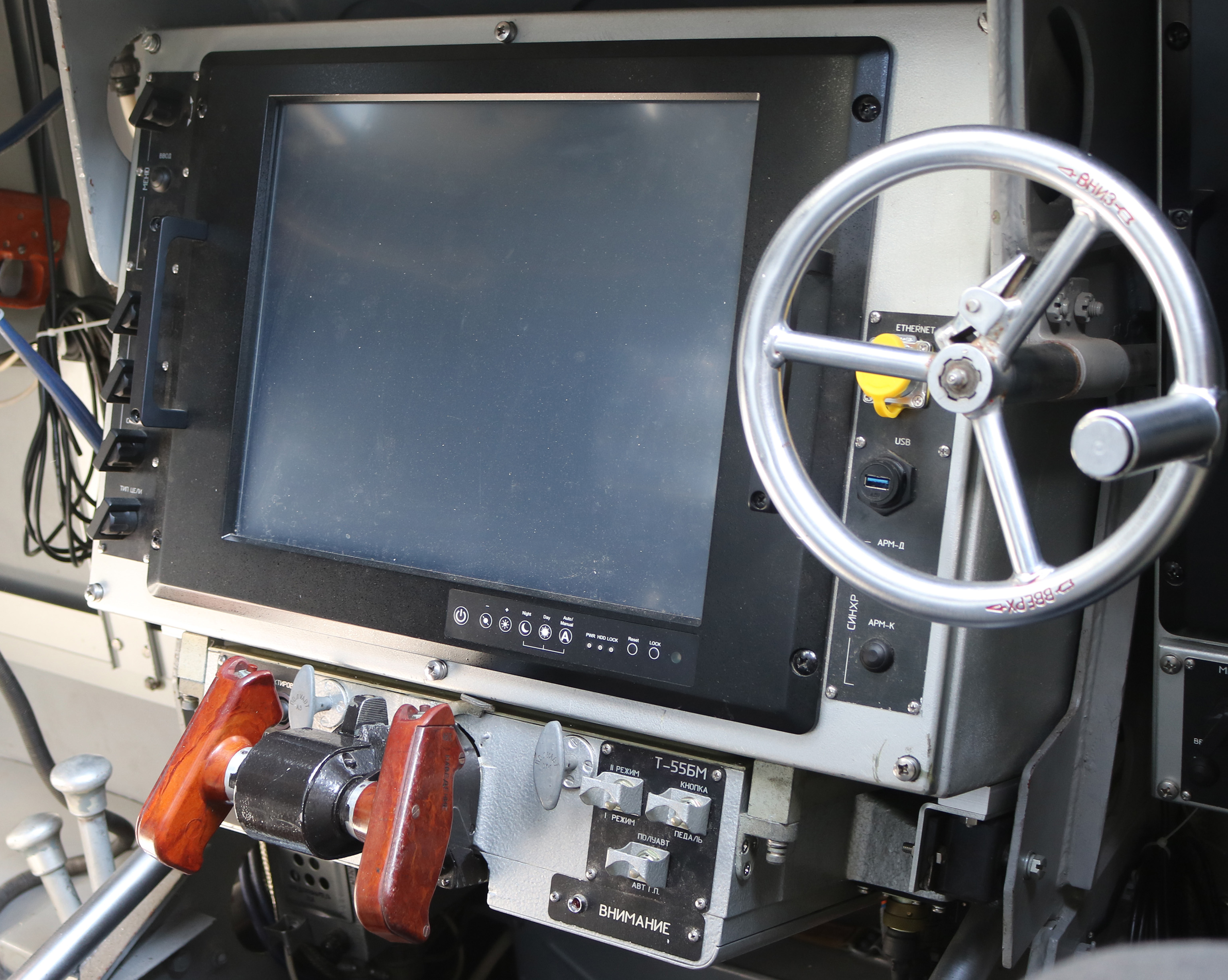 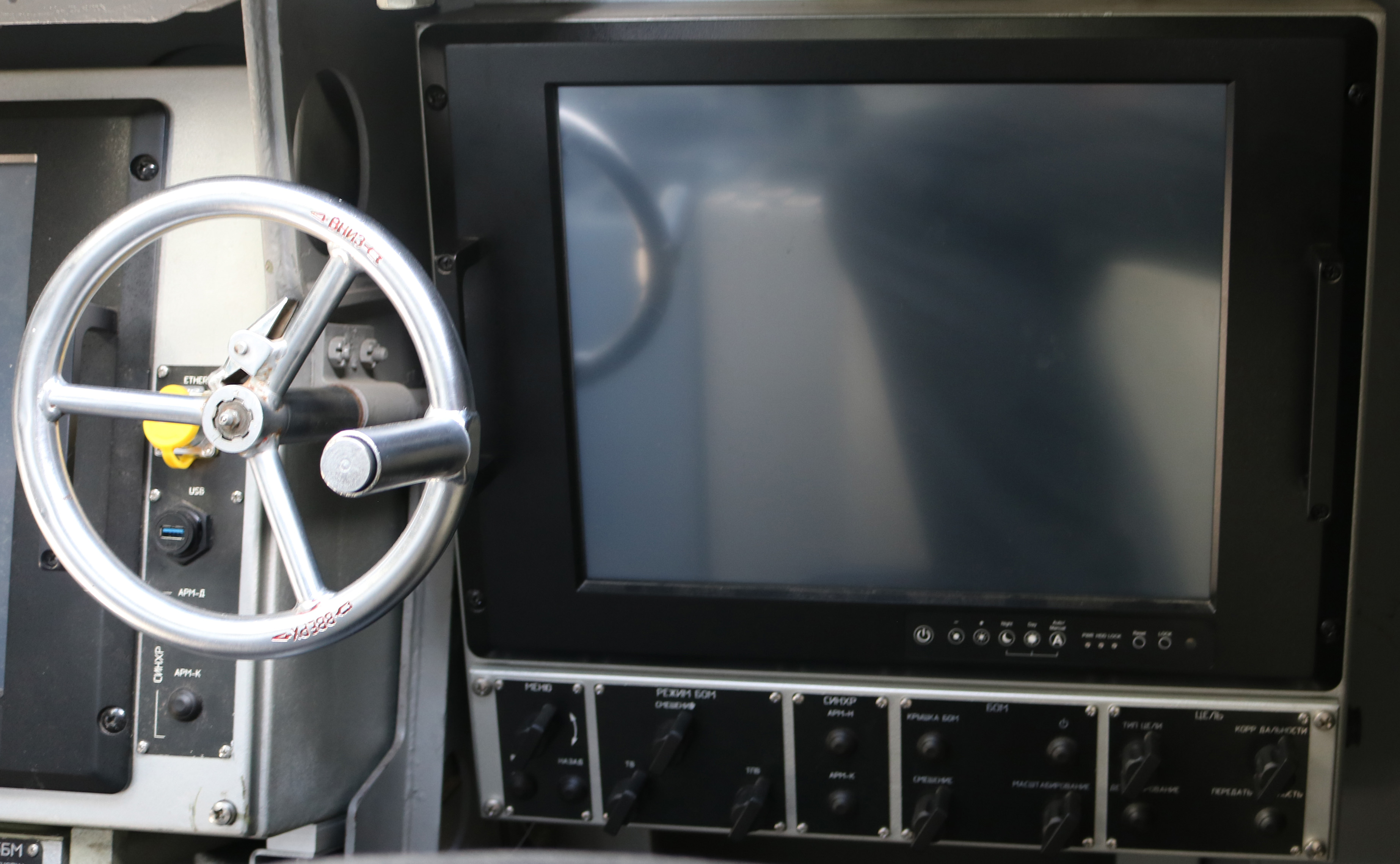 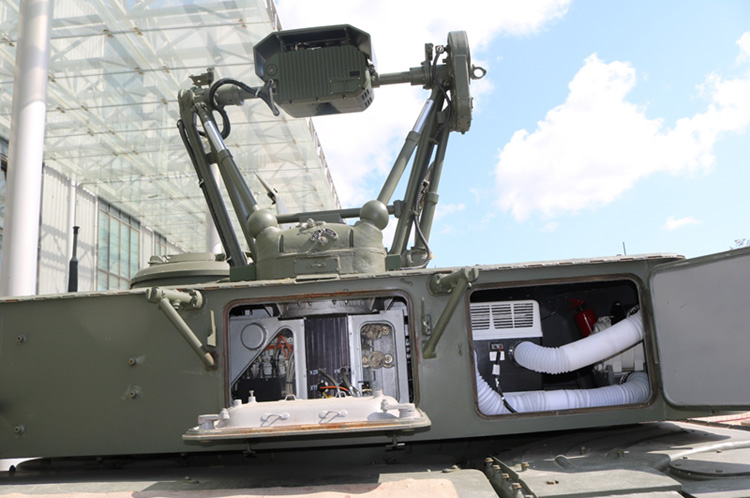