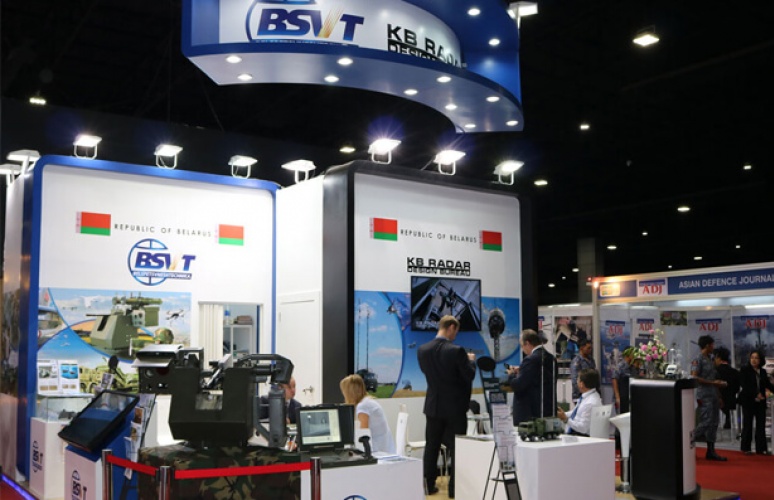 In the period from 6 to 9 November 2017. in Bangkok (Kingdom of Thailand) in the IMPACT Exhibition Center pavilion the 8th Asian International Defense and Security Exhibition and Conference “Defense &amp; Security 2017” was held.

The main subject of the exhibition is weapons and military equipment for the ground forces, navy and air force.
The “Defense & Security 2017” presented the latest technologies and equipment in the field of military security, access control and restriction systems, emergency support systems and facilities, fire extinguishing equipment, emergency evacuation equipment, the latest developments in the fight against terrorism and many another.


During the exhibition at the joint stand GVTUP "Belspetsvneshtekhnika" and OJSC "CB" Radar "presented the following exhibits:


For a more complete coverage of the scope of activities and supply opportunities of the military-industrial complex of the Republic of Belarus of weapons and military equipment and special-purpose equipment, illustrated advertising materials (catalogs, booklets, leaflets, as well as electronic presentations on flash cards) were distributed to interested parties.

The joint stand of GVTUP “Belspetsvneshtekhnika” and OJSC “Radar” CB was visited by more than 40 foreign delegations from various countries, including official delegations from the Kingdom of Thailand, Vietnam, Myanmar, Indonesia, the Philippines and other countries of the region.

A number of bilateral meetings were held, during which presentations of new models of equipment and weapons of Belarusian enterprises were presented. The sides expressed interest in developing mutually beneficial bilateral cooperation in the most promising areas of military-technical cooperation.