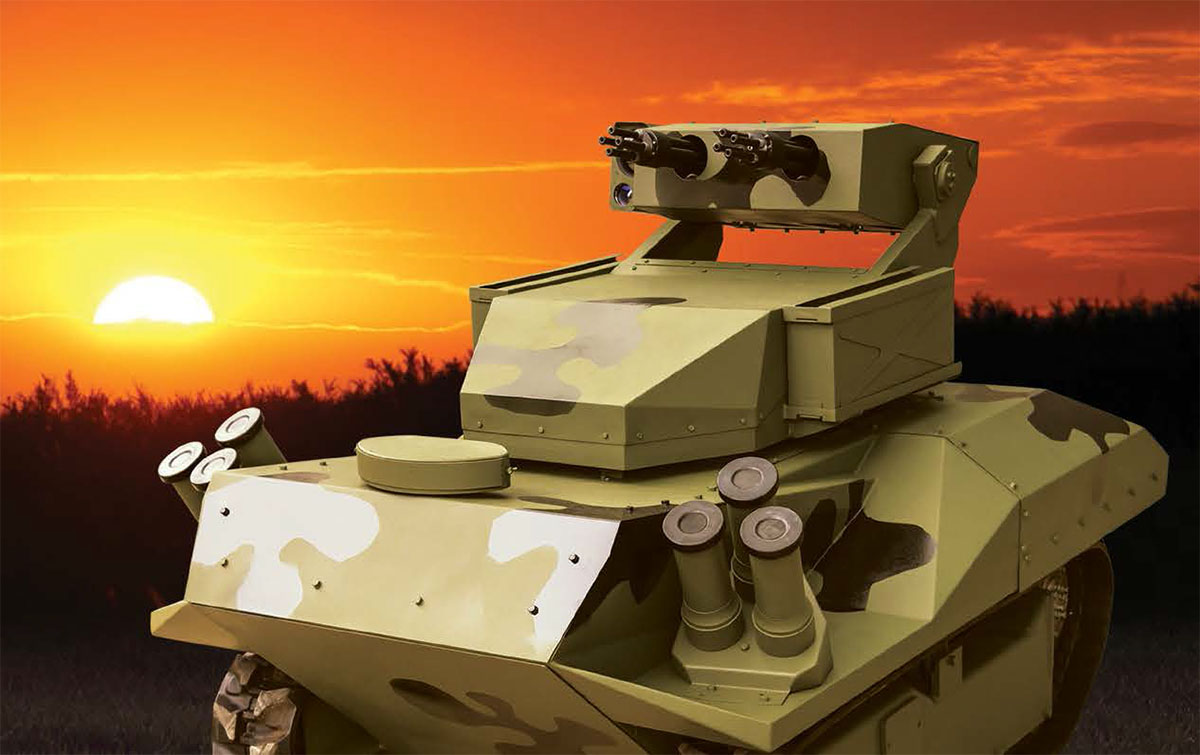 As “Berserk” is equipped with state-of-the-art optronic systems, it is easy for the operator to control the system, as well as detect and recognize different targets.

The system high manoeuvring and cross country ability makes it a good solution for automatic guarding of any sector or object by means of surveillance or patrol.