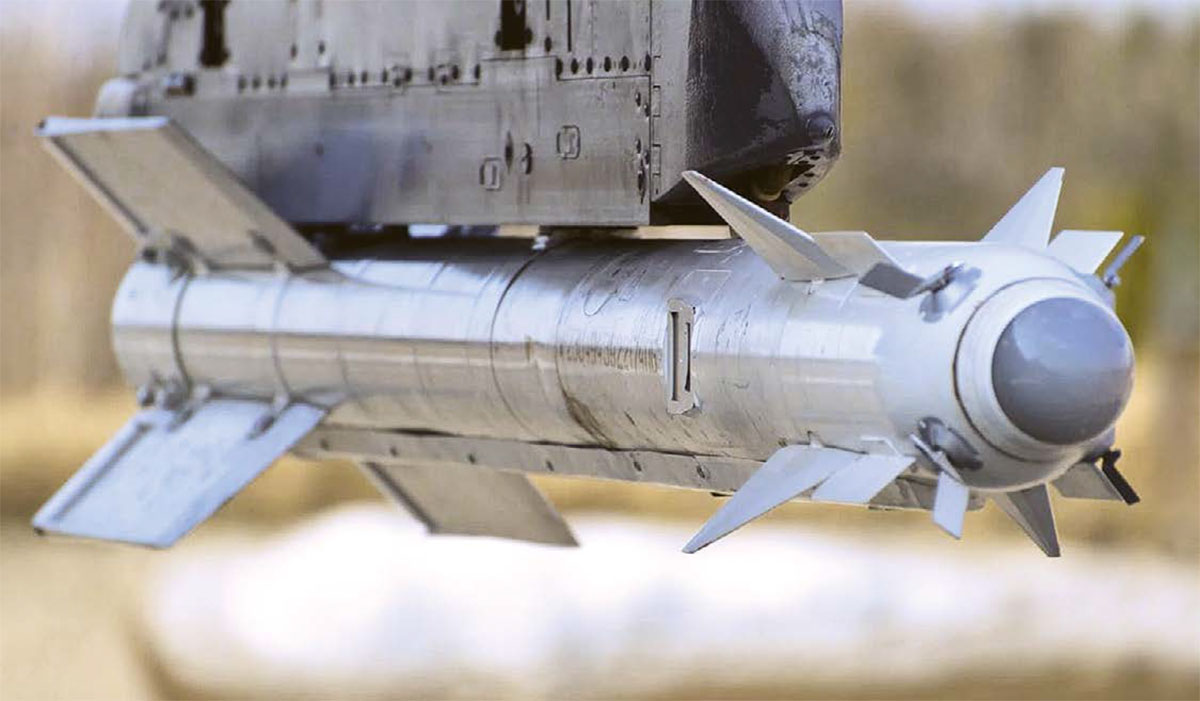 Flight training simulator for airborne guided missile R-73 is a weight dimensional mockup which has the same physical dimensions and creates equivalent static and aerodynamic loads.

In accordance with a selected algorithm the simulator ensures receipt and transmission of data to the aircraft (weapon control system) through digital interface links, as well as exchange through inner digital interfaces with input-and-output unit for single and impulse commands and input-and-output unit for analog commands that ensure transmission of corresponding signals to the aircraft in accordance with the data received from the seeker.

Current condition of the device (results of built-in self-testing, availability of exchange via interfaces) is shown on a display module. During the operation, all results of interaction between the device and the aircraft are saved in storage module.